Wherever you are: it's the people that make place
Colin Petch.
November 18, 2022 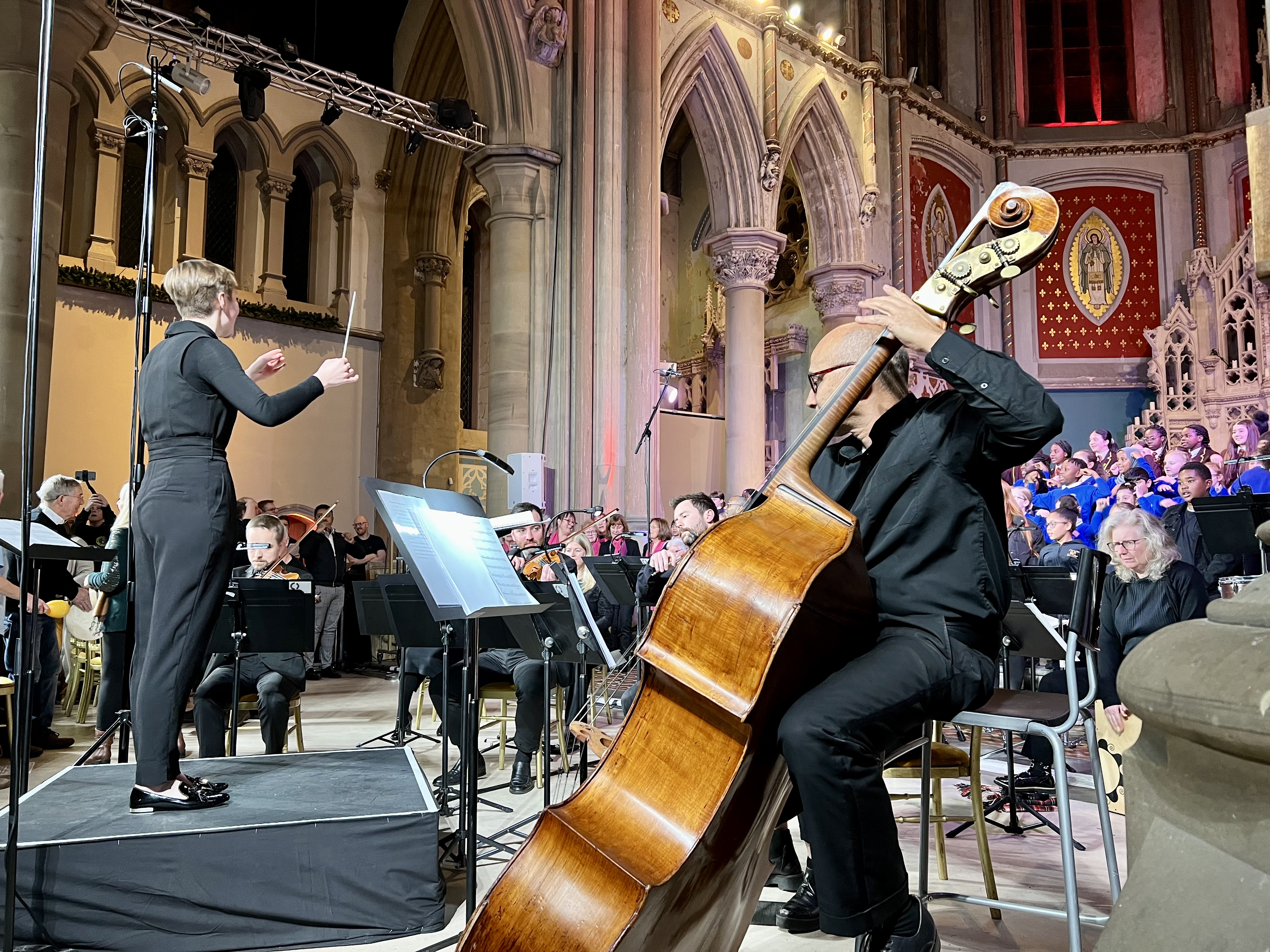 Gorton in south-east Manchester is well known as the birthplace of Manchester City Football Club, but as you head down Gorton Lane towards Debdale Park, and you’re suddenly greeted with what appears to be an extraordinary Gothic Cathedral – you’d be forgiven for wondering if this part of town is a UNESCO site.

What you’ve got isn’t a cathedral, but an Edward Pugin designed 19th century Franciscan Monastery, which sits at very heart of this community. Established by the monastic order who arrived to support the large local Catholic community, the building; now known as Manchester Monastery is an unrivalled Community Anchor and is a multi-faith safe space and healing retreat. (I know what you’re thinking: that’s an overuse of the noun community. I’m afraid you’re wrong.)

Last night this special place was shining like a beacon, as hundreds of local people of all ages (and folk like me from over the Pennines) headed through a rainy northern Thursday evening for some creative nourishment. We got it in buckets at a joyous concert from Manchester Camerata musicians performing alongside choirs from local schools and the community.

‘The People Make The Place’ was a celebration of Gorton – and more importantly, those that call this part of Manchester home. The concert was also a ‘thank you’ from Manchester Camerata – one of the foremost orchestras in the UK – who have been based in this incredible space since 2020.

So to the Gig itself: Each performing group had worked with Camerata’s Wizard of Composing Richard Taylor to write their own songs, making the words especially poignant. Walking into 'Manchester’s Taj Mahal', it was the incredible sound from MySteel Manchester Youth Steel Orchestra that immediately took you to a ‘happy place’ – and I didn’t know if I should find my seat – or dance.

To a packed Great Nave, we first received a ‘Welcome To Gorton’ from the young people of St Peter’s RC High School. The pride from the parents and carers in the audience was palpable as the kids’ delivered a pitch-perfect celebration of their community.

Next we were treated to ‘Habanera’ from Bizet’s Carmen from the musicians – and the baton of Ellie Slorach – the happiest conductor I’ve ever encountered.

The HideOut YouthZone Choir then brought us ‘Cycles of Change’ – their words focussed on nature and the environment. The singers were excellent, but you’d expect nothing less from an organisation that last month scooped a trio of awards for being just the best place to hang-out as a young person in Manchester.

And if you were searching for a World Premiere from a Royal Philharmonic Society Composer last night – then M12 was also the place to be…Multi-award-winning Alex Ho has been working with Manchester Camerata and his beautiful ‘Carved In Gorton Stone’ filled the nave, following his explanation that it’s hoped the space of the missing 1888 Wadsworth organ which was dismantled and sold for scrap at the time of the building’s sale – can ultimately be replaced.

Following Alex Ho’s composition, Old Hall Drive Academy students took their positions and gave us ‘Where we live is a beautiful place’. There was no question that they meant it.

Irving Berlin had the audience ‘Putting On The Ritz’ – and by this point, most of us were feeling the music – and there was extensive melodic swaying in seats.

The spectacular evening concluded with All Saints Primary School and their composition ‘Our Place Is Gorton’. They were joined by the other choirs and the incredible ‘movers and shakers’ of The Music Café for ‘We’ve Still Got The Moves’. And they have!

The Steel Pans provided the uber-cool sounds again as a very happy community headed home. Unfortunately I did manage to clumsily interrupt Kate Moran who is the Activities and Partnerships Lead from Manchester’s One Education Music programme. She was very much ‘lost in music’ at the time – showing a ‘D-shaped tambourine’ who was boss. Liam Gallagher take note.

If you require confirmation that the North of England and our people are amazing – you would have got it in Gorton on Thursday.

I can massively recommend heading for a visit to The Monastery. I’m sure whatever you’re looking for – you might find it there.

Manchester Camerata next perform Handel’s Messiah in this unique – and vital – community space, on 4th December. Please support them.